The factory laboratory in Eze Village 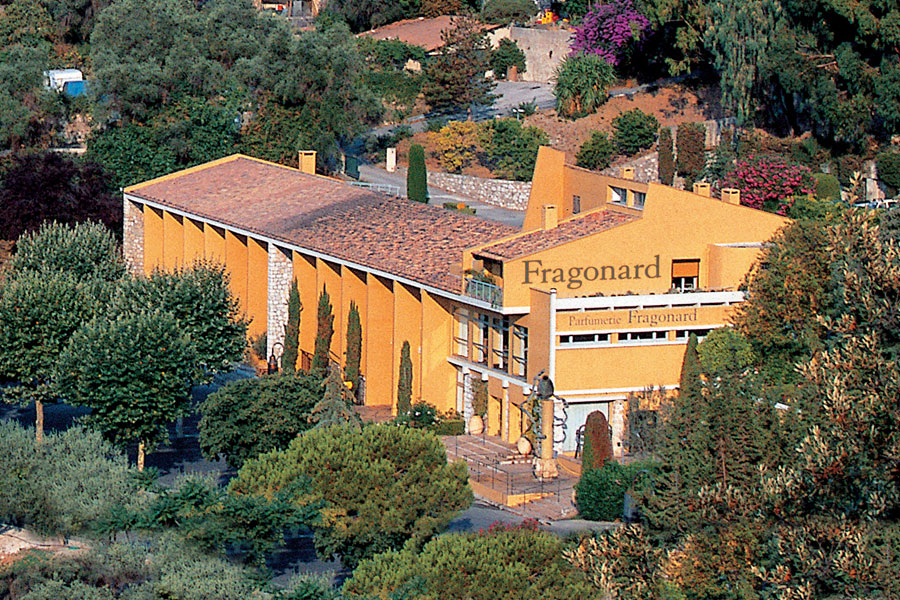 Inaugurated in 1968, the factory enjoys a prime location at the foot of the rock overlooking the sea, along the mythical Riviera coastal road between Nice and Monaco. This enormous perfume factory’s modern design is particularly well showcased against the backdrop of the charming medieval village of Eze. The tour of the perfume factory includes a visit to the cosmetics laboratory where the brand’s creams and other skin care products are made.

The stills used for steam distillation are displayed in this room. This is a very old process for extracting essential oils. In use since antiquity, this technique was perfected by the Arab world as early as the 8th century and remains a major technique in traditional perfume making to this day.

Hot enfleurage or maceration consists in infusing the flowers in previously heated fats. This technique, known since ancient times, has been enhanced over the centuries.

The cold enfleurage technique was developed for the most fragile flowers, such as jasmine or daffodil, which would not resist heating. Used widely in the Grasse region until the late 1950s, this technique involves spreading a layer of odourless grease on the walls of a glass frame, which is then covered with flowers. Enfleurage has today been replaced by modern techniques such as volatile solvent extraction or supercritical carbon dioxide extraction. 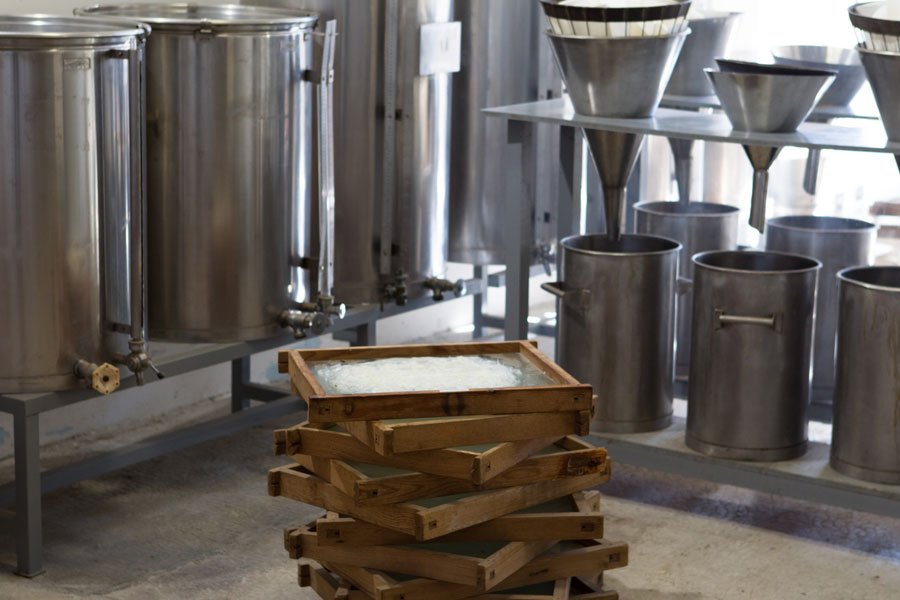 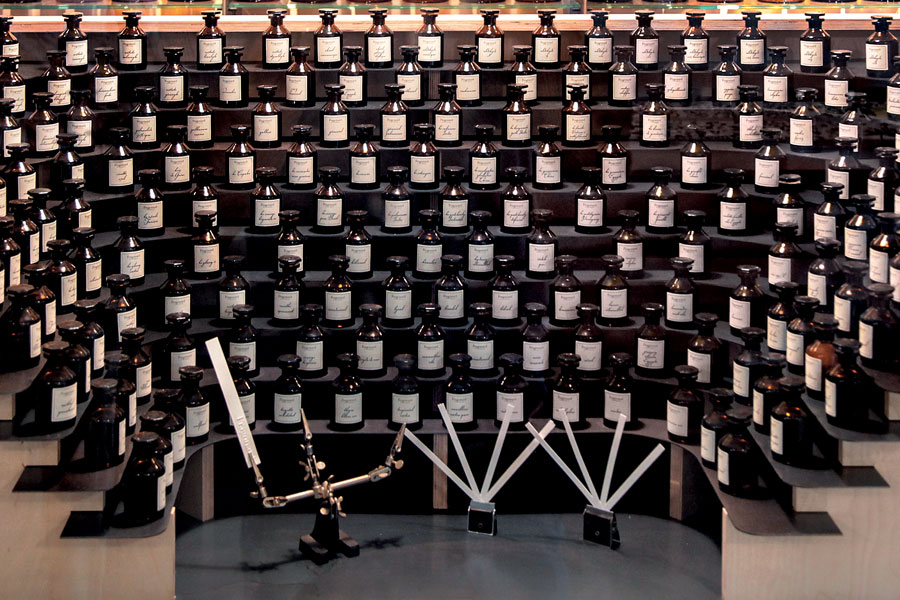 The factory has its own soap workshop, which produces the brand’s emblematic rose and duck-shaped soaps.
Made from neutral soap granules manufactured in France, Fragonard soaps are perfumed and shaped in our factories. Before being attractively packaged in its coloured case, each bar of soap undergoes a process involving several steps. The granules are placed in the mixer together with scented essence, and the mixture then continues its way into the crusher where it is reduced into flakes. The flakes are then poured into the extruder, a machine that heats the soap to 60°C and forms a homogeneous, malleable cake. After being cut into sections, the pieces are “stamped” by a press that gives the bar of soap its final shape. 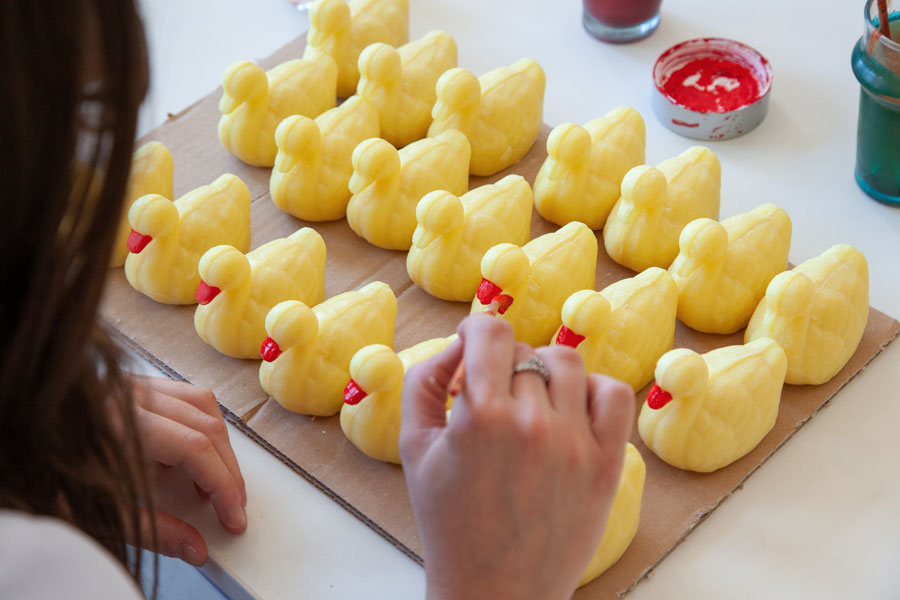 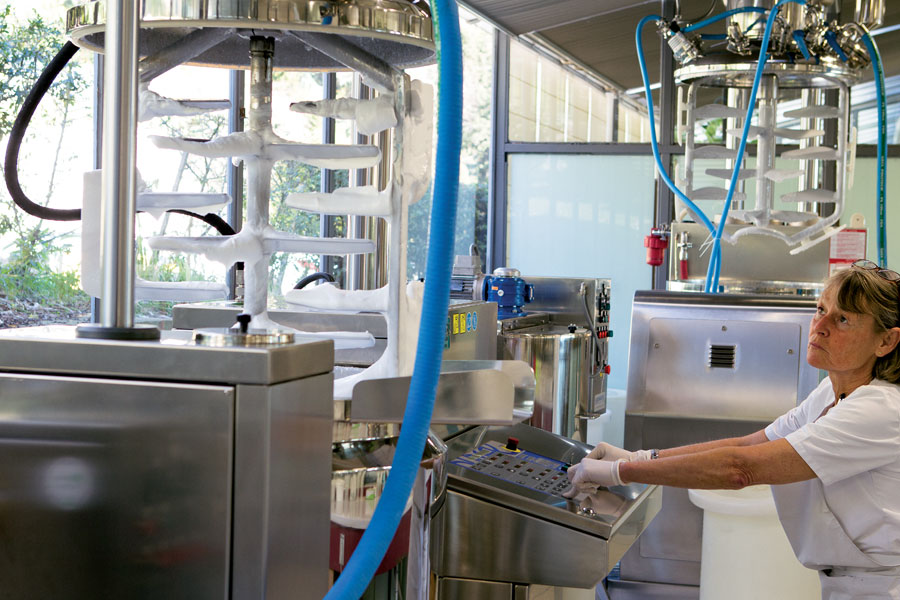 Perfume is used in many everyday products. Maison Fragonard naturally began developing its first cosmetics and skin care lines in the 1960s. Products like shower gels, body lotions, creams and more are manufactured in the workshops of the Eze-Village factory and are perfumed with scents from the Fragonard collections. The factory also has a formulation laboratory supervised by Dr. Anne Costa.
Eze-Village is also where Fragonard continues to manufacture solid perfumes known as “concretes” or “pomades”. Solid perfumes or cream perfumes are more concentrated than eau de toilette, while avoiding the use of alcohol.
Evolving with time, fashions and requirements, Fragonard cosmetics have opted for simplicity. These products are often unisex, reliable, easy to use and provide everyday beauty essentials: face creams, body oils, serums, make-up removers, shower gels, and more.

Fragonard’s range of fragrances is especially rich and varied: floral, fruity, chypre, woody or oriental. Exploring all the olfactory families and finding the perfume that matches your personality, tastes and desires is a magnificent way to extend your visit. 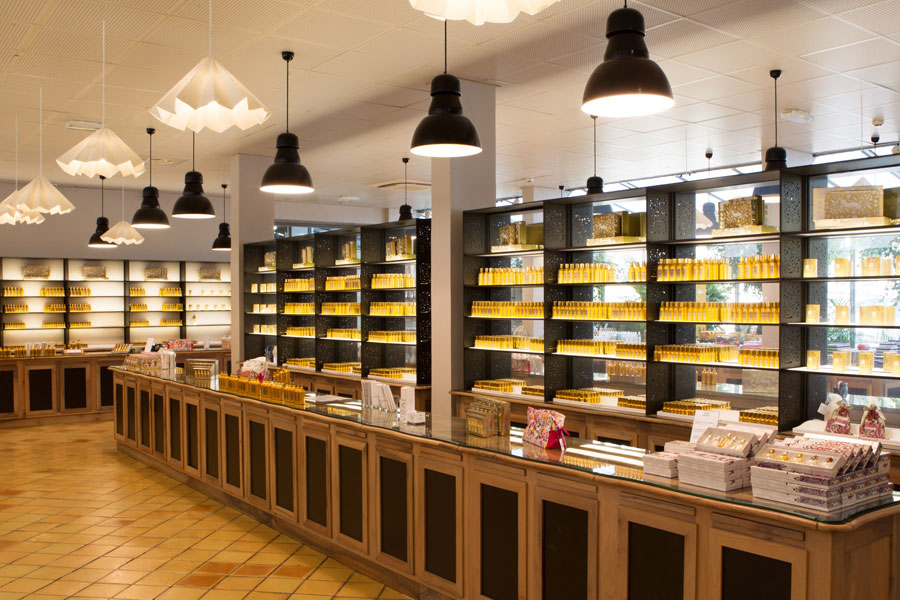