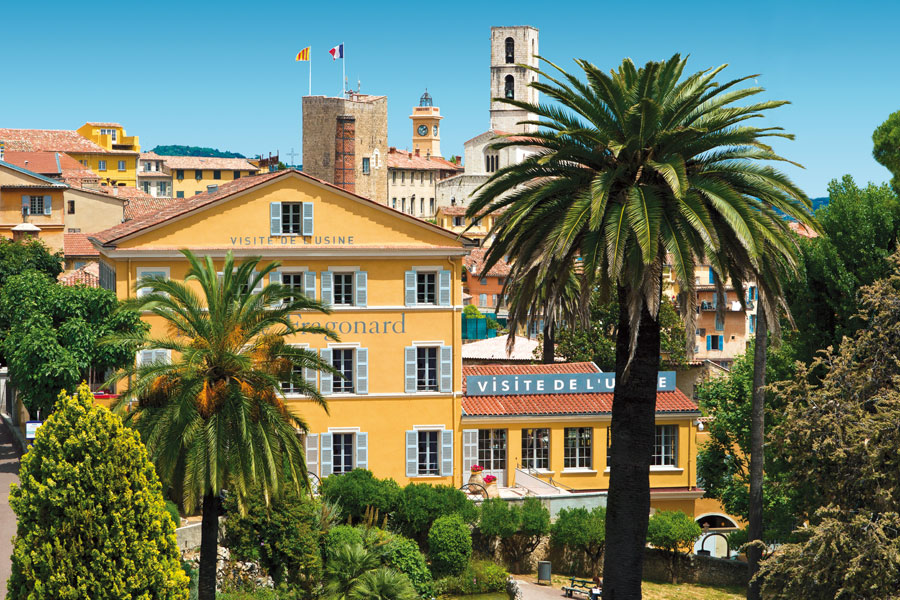 Purchased in 1926, this 18th century tannery became a perfume factory at the very beginning of the following century. Fully renovated and transformed in 2015, the historical factory offers an original journey of discovery into the mysteries of traditional perfume making, from processing the raw materials to packaging the finished products. The machines used, from the copper stills to those in the soap workshops, provide an interesting glimpse of the historical, social and cultural aspects of the techniques and working conditions that prevailed in family-run perfume factories until the 1950s.

A visit to the perfume museum located in the building takes you into the world of perfume from antiquity to the present day. Precious perfumery objects (Egyptian blush spoons, medieval pomanders, etc.) are showcased alongside paintings of women grooming and antique Provençal furniture.

The stills used for steam distillation are displayed in this room. This is a very old process for extracting essential oils. In use since antiquity, the technique was perfected by the Arab world as early as the 8th century and remains a major technique in traditional perfume making.

Hot enfleurage or maceration consists in infusing the flowers in previously heated fats. This technique, known since ancient times, has been enhanced over the centuries. Antique containers used for hot enfleurage are also on display in the distillation hall in the Historical Factory.

The cold enfleurage technique was developed for the most fragile flowers, such as jasmine or daffodil, which would not resist heating. Used widely in the Grasse region until the late 1950s, this technique involves spreading a layer of odourless grease on the walls of a glass frame, which is then covered with flowers. It has since been replaced by modern techniques such as volatile solvent extraction or supercritical carbon dioxide extraction. 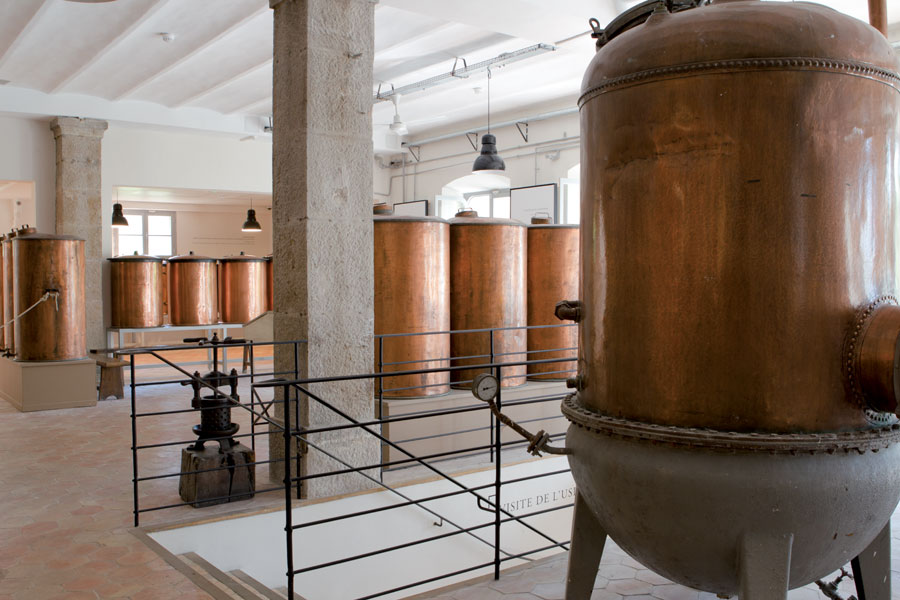 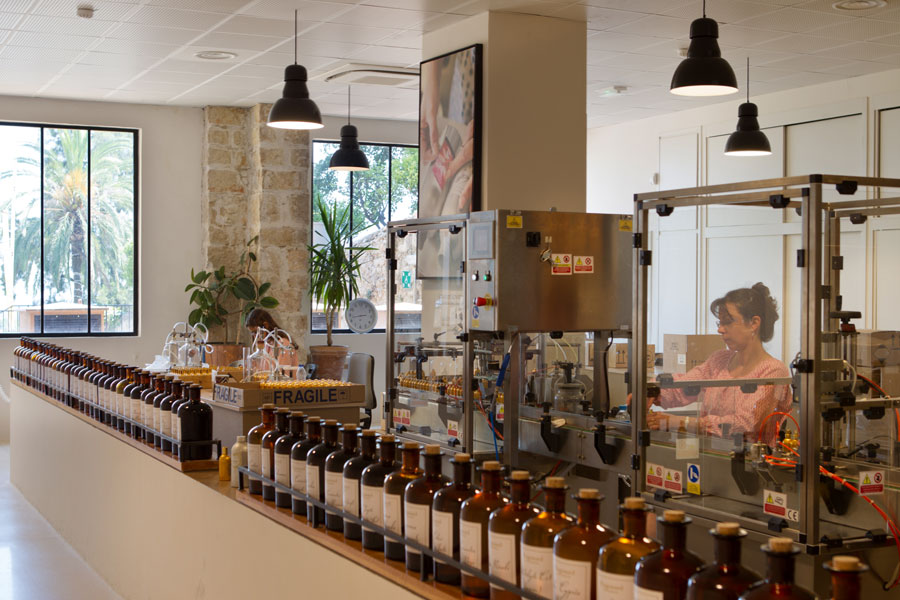 While these extraction techniques from the past are displayed in Historical Factory’s distillery, the other rooms show fully operational manufacturing workshops. In this workshop, the perfumes are bottled and labelled.

The bottling line is semi-automatic and, to guarantee the quality of the content, each product is individually tested at several stages of the production process.
The gilt bottles used for women’s perfumes – exclusive to Parfumerie Fragonard – are called estagnons. They are made of unbreakable aluminium and protect the fragrance from light, which means that it keeps for a longer period of time (over 6 years). Silver bottles are used for men’s eaux de toilette.
On the bottling line, the empty estagnons are placed on the in-feed table and then transferred by the conveyor belt to the filling station. The pump is installed manually and screwed on automatically. A code is printed on the bottom of each estagnon by an ink jet printer to provide traceability, and then labelled. At the end of the line, operators carry out quality control.

The maceration and filtering room

The maceration and filtering room features large stainless steel vats in which the perfume concentrates are mixed with alcohol and left to macerate for several weeks. During this operation, some vegetable waxes from the natural raw materials may solidify. To remove them, the macerate is chilled to -5°C in a stainless steel machine and filtered until a perfectly clear liquid is obtained. 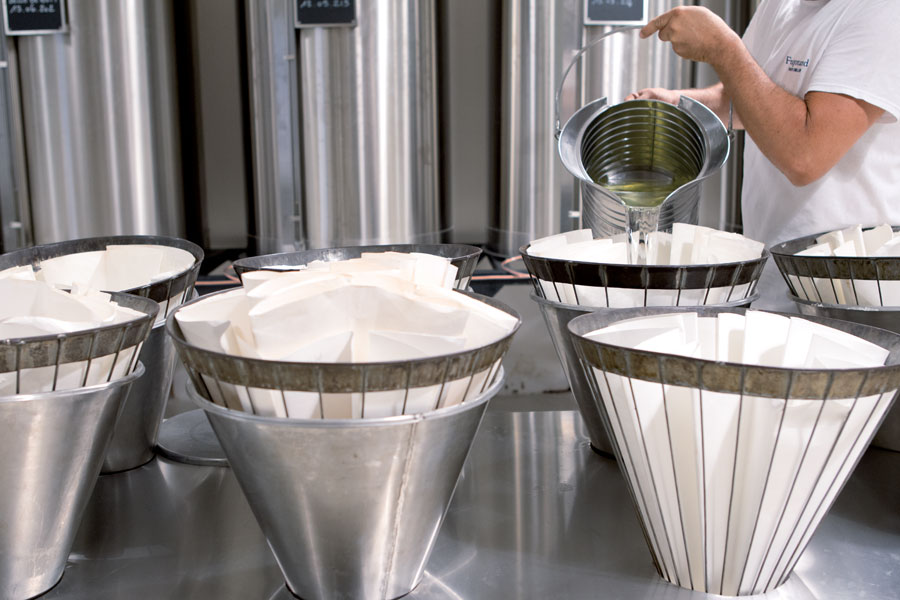 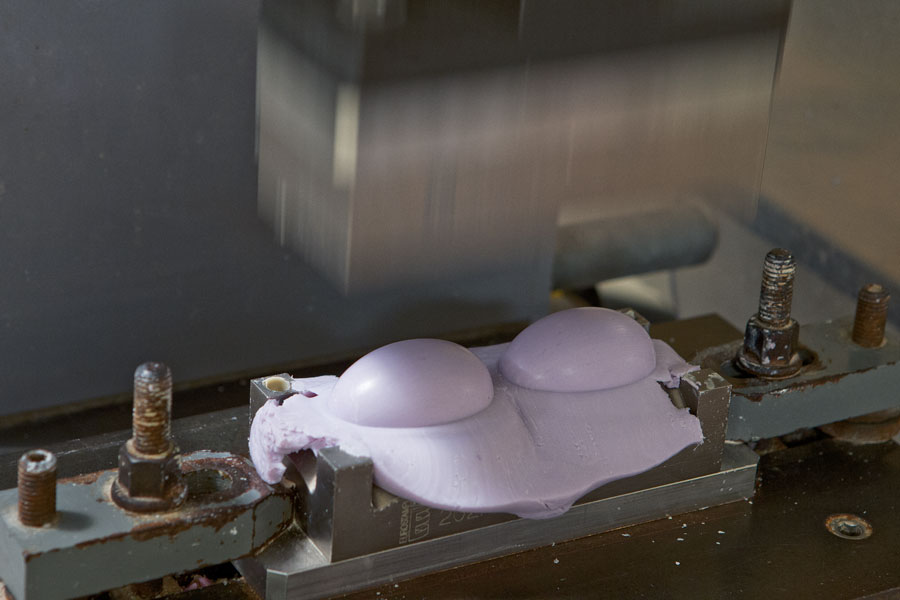 Made from neutral soap granules manufactured in France, Fragonard soaps are perfumed and shaped in our factories. Before being attractively packaged in its coloured case, each bar of soap undergoes a process involving several steps. The granules are placed in the mixer together with the scented essence, and the mixture then continues its way into the crusher where it is reduced into flakes. The flakes are then poured into the extruder, a machine that heats the soap to 60°C and forms a homogeneous, malleable cake. After being cut into sections, the pieces are “stamped” by a press that gives the bar of soap its final shape.

The tour of the manufacturing workshops ends with a visit to the old perfumer’s laboratory.

Today, the perfumer’s laboratory serves as a classroom for the Apprentice Perfumer workshops. 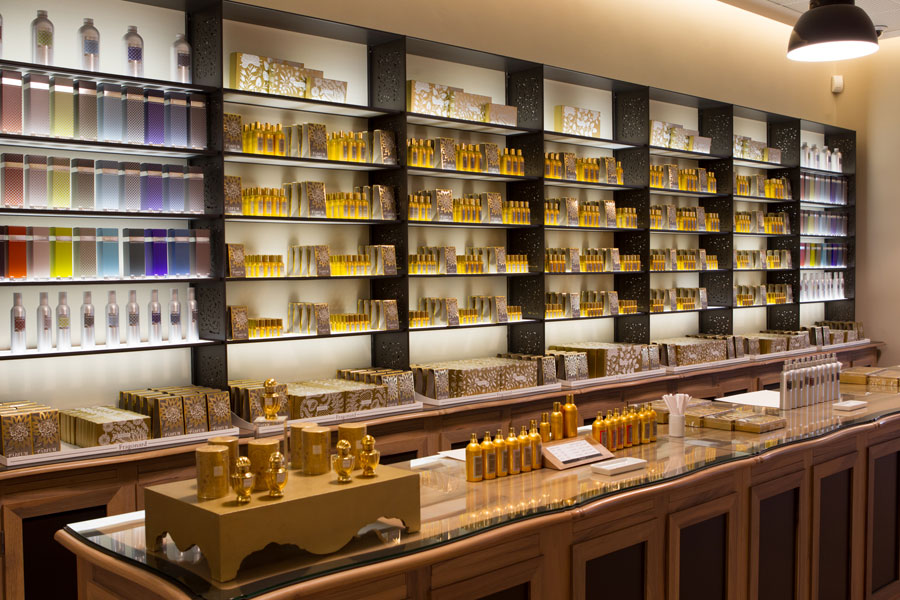 Fragonard’s fragrance range is especially rich and varied: floral, fruity, chypre, woody or oriental. Exploring all the olfactory families and finding the perfume that matches your personality, tastes and desires is a magnificent way to extend your visit.

Maps were disabled by the visitor on this site.
Scroll to top