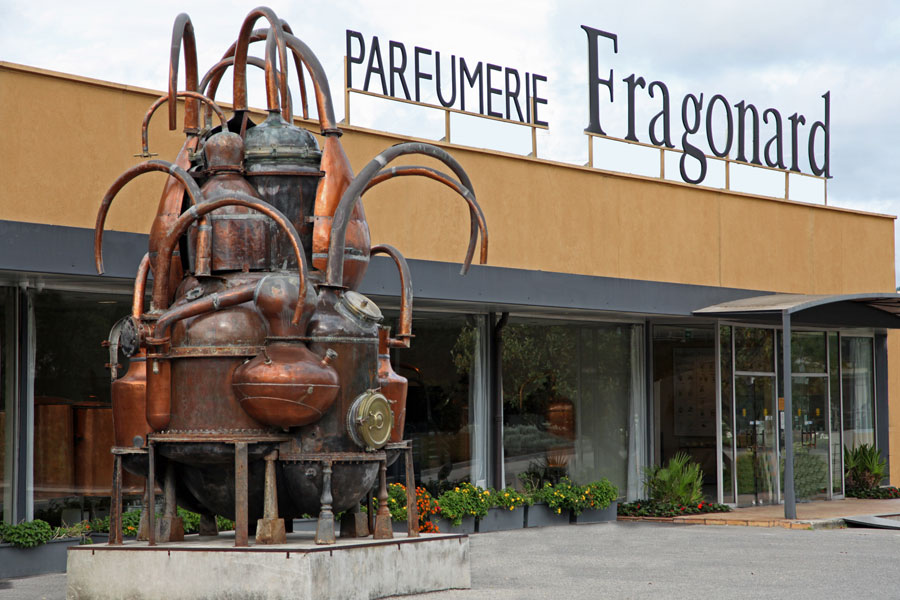 Located south of the old Grasse town centre, the Fabrique des Fleurs was built in 1986 for the production of perfumes and soaps, since the Historical Factory had run out of space. While this factory invites you to a journey of discovery through the main stages of perfume making, the highly functional plant is equipped with today’s state-of-the-art production tools.

A tour of the bottling workshops provides a glimpse of how the perfumed products that leave the factory are metamorphosed into refined products ready to be shipped to a public of discerning customers. In addition to the production lines, the building houses the laboratory where the raw materials are blended, after analysis, to obtain concentrates of the future perfumes.

The stills used for steam distillation are displayed in this room. This ancient process is still widely used nowadays to extract essential oils. In use since antiquity, the technique was perfected by the Arab world as early as the 8th century and remains a major technique in traditional perfume making.

Hot enfleurage, or maceration, consists in infusing the flowers in previously heated fats. This technique, known since ancient times, has been enhanced over the centuries.

The cold enfleurage technique was developed for the most fragile flowers, such as jasmine or daffodil, which would not resist heating. Used widely in the Grasse region until the late 1950s, this technique involves spreading a layer of odourless grease on the walls of a glass frame, which is then covered with flowers. Enfleurage has today been replaced by modern techniques such as volatile solvent extraction or supercritical carbon dioxide extraction. 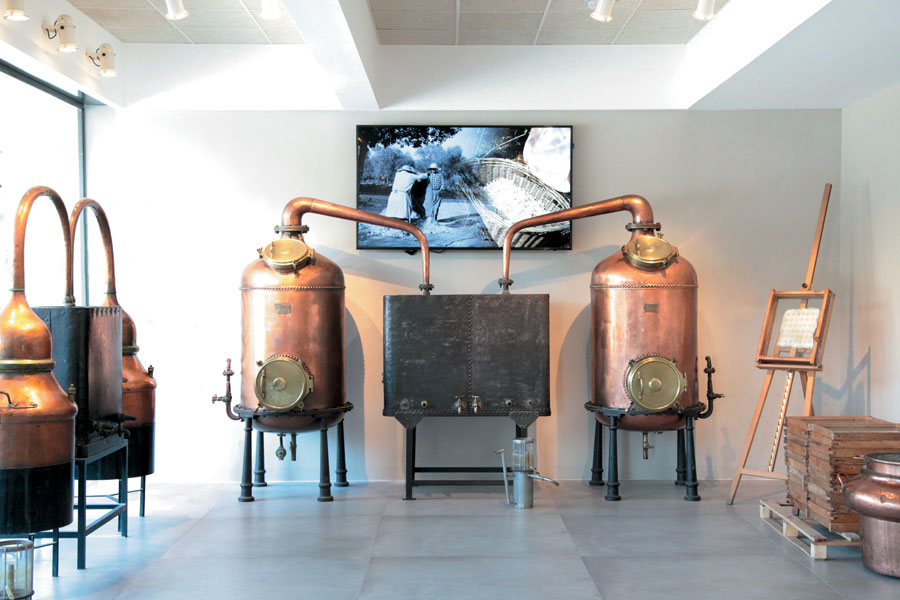 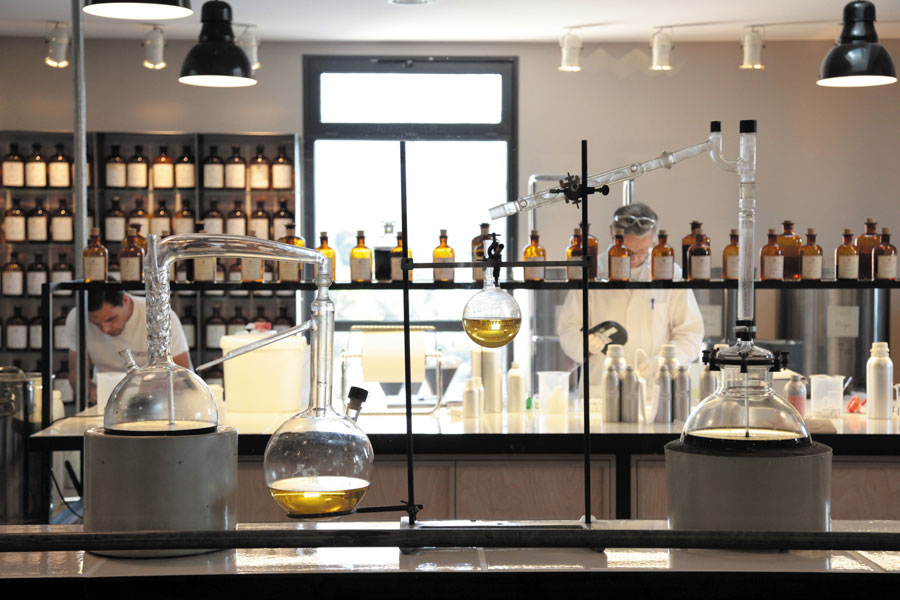 Forming the core of the factory, the laboratory is where all the manufacturing operations begin. This is where the raw materials are weighed with extreme precision, then blended to form the concentrate which will then be taken to the Historical Factory in the centre of Grasse and poured into the maceration vats.

The laboratory is also the place where all the raw materials used in the composition of perfumes and their derived products are tested. This quality control is essential to ensure the manufacturing consistency of Fragonard scented products.

Today, perfumes are made from a wide variety of raw materials. A perfume can contain from twenty to more than a hundred different components. Once limited to natural ingredients of plant or animal origin, the raw materials used in perfumery today are supplemented by synthetic products. This diversification provides a lot of advantages: a much wider range of odours, product consistency, a response to ecological and allergenic requirements, and more. 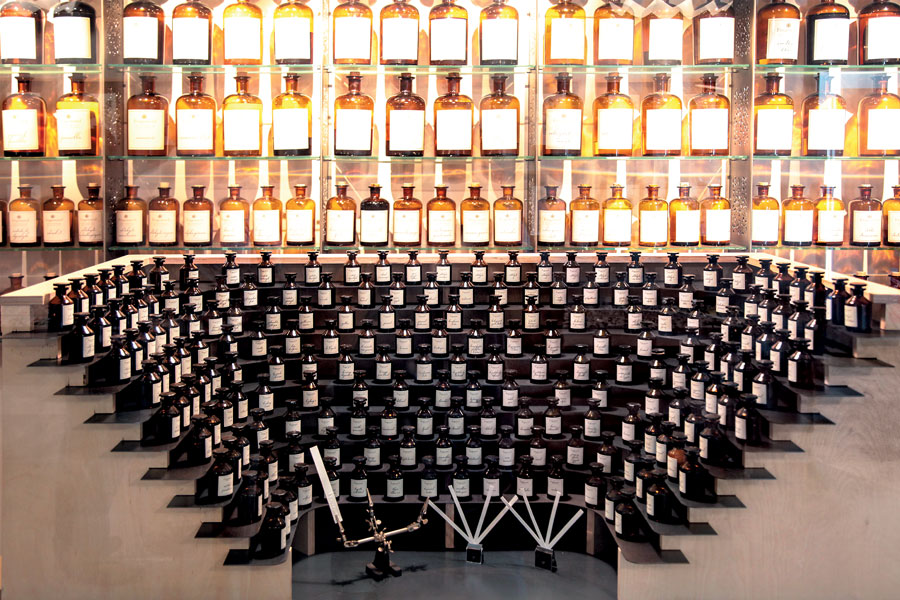 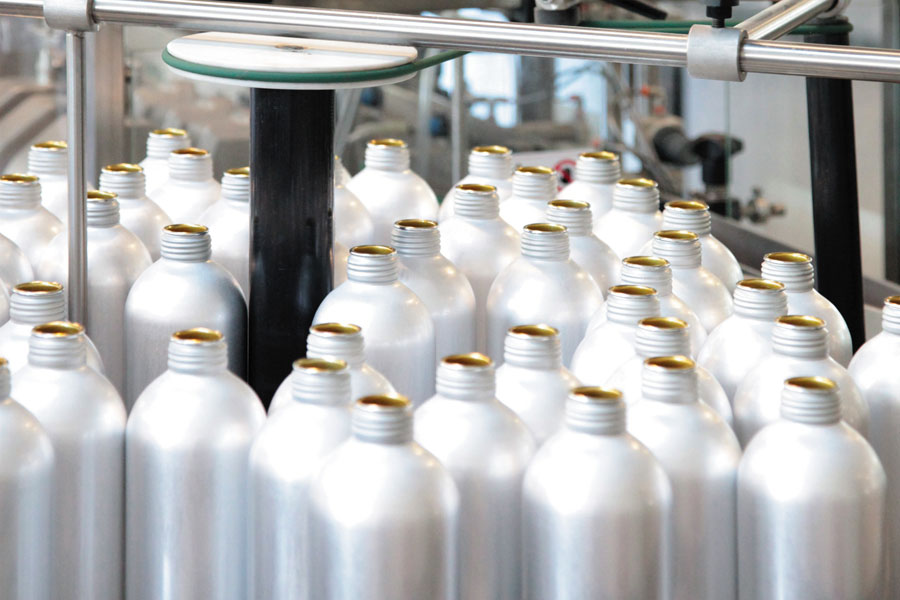 In this workshop, the eaux de toilette are bottled and labelled using traditional methods. The bottling line is semi-automatic and, to guarantee the quality of the content, each product is individually tested at several stages of the production process.

On the bottling line, the empty bottles are placed in trays and conveyed to the filling station. The pump is fitted manually and screwed tight. A code is printed on the bottom of bottle by an ink jet printer to provide traceability, and the bottle is then labelled by the machine. At the end of the line, operators carry out quality control.

In addition to the laboratory and the assembly line, the Fabrique des Fleurs also has its own soap workshop fitted with a semi-automatic press where the famous Fragonard “pebble” soaps are manufactured. 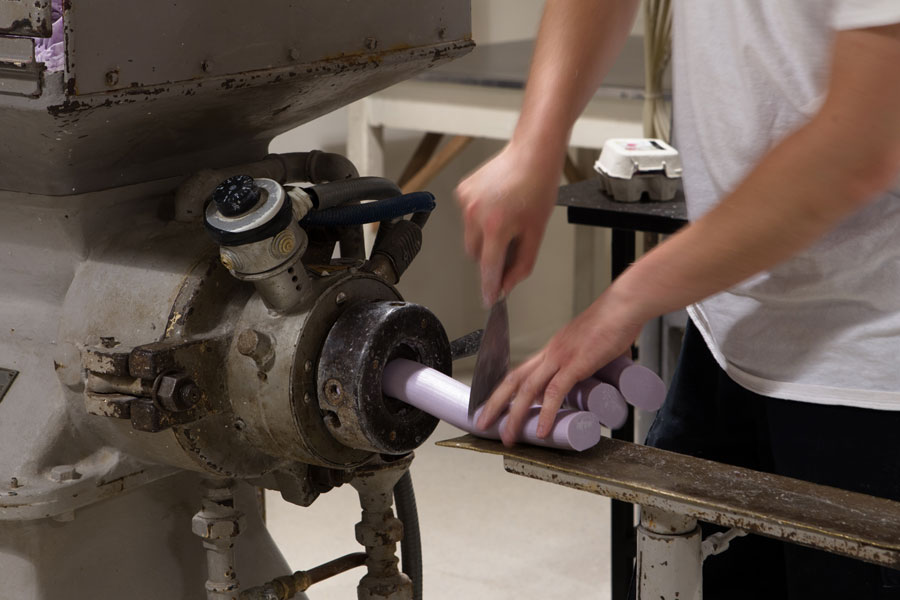 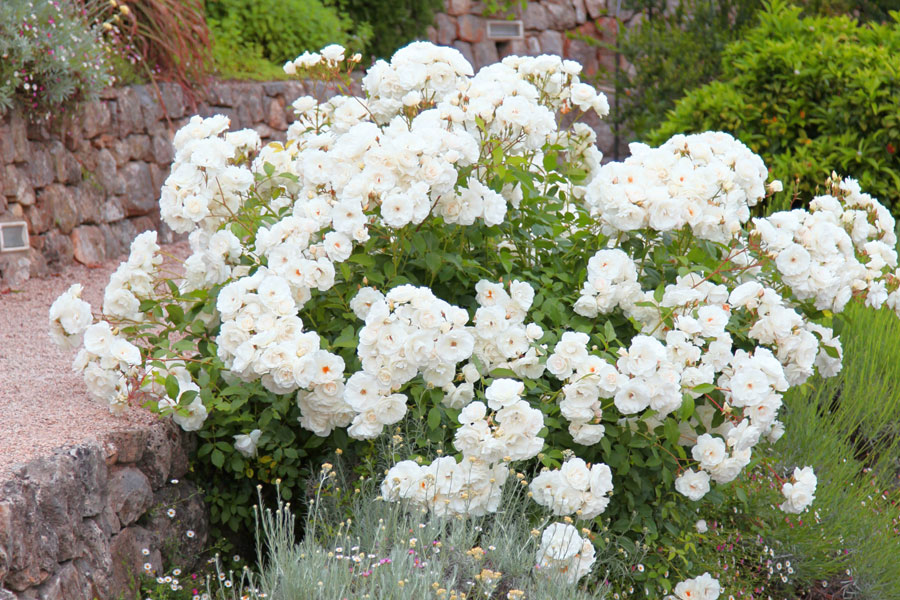 The botanical garden of perfume plants

The Fabrique des Fleurs gets its name from the beautiful botanical garden that surrounds it. This garden is home to a large variety of plants, particularly the main perfume flowers for which Grasse is famous. These are of course the Provence rose (rosa centifolia), jasmine (jasminum grandiflorum), orange blossom and the tuberose.

Fragonard’s range of fragrances is especially rich and varied: floral, fruity, chypre, woody or oriental. Exploring all the olfactory families and finding the perfume that matches your personality, tastes and desires is a magnificent way to extend your visit. 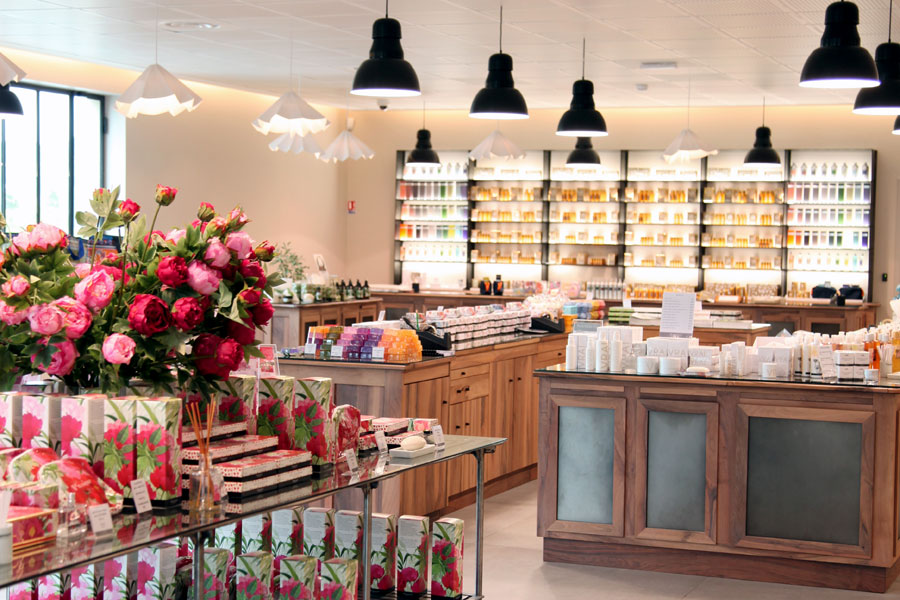