A CONFERENCE WITH CAROLE BLUMENFELD 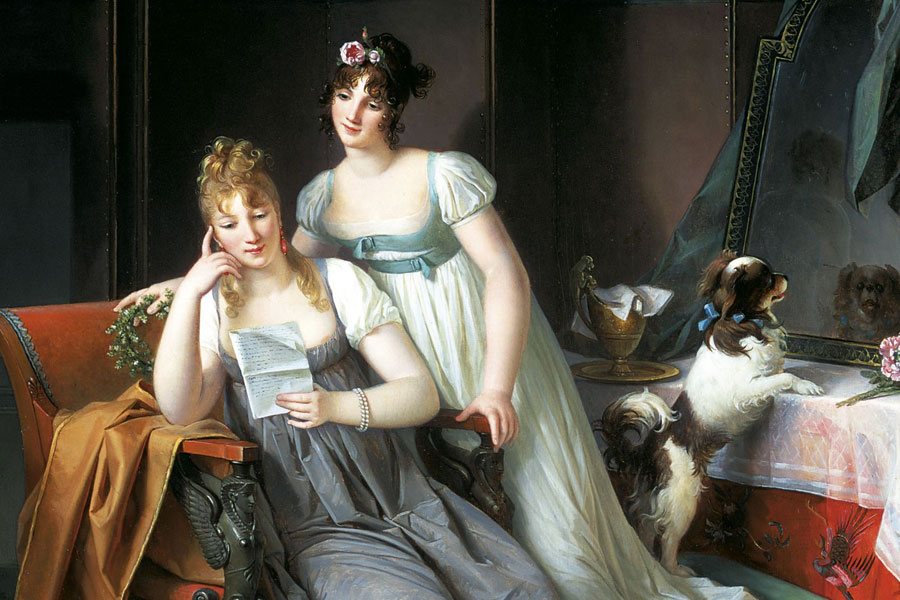 The phrase coined by Elisabeth Vigée-Le Brun, Marie-Antoinette’s favourite portrait painter, is well known: “Women ruled; the Revolution dethroned them”. From 1793 and 1794 onwards, artists were invited to take over the new moral order imposed by the government. Henceforth, women had to focus exclusively on their role as mothers, a discourse that Napoleon would gladly take up again under the Empire. Nonetheless, once the Directoire had fallen, Marguerite Gérard painted eminently daring canvases depicting a Parisian woman enamoured of freedom, determined to live by her own rules. The artist took part both in depoliticizing the discourse on motherhood and in exploring intimacy in the female world, an aspect that had long been ignored.

Carole Blumenfeld holds a doctorate in the history of art and is a former resident of the Académie de France in Rome. She is in charge of a scientific mission at the Palais Fesch – Musée des Beaux-arts d’Ajaccio. She has already curated several exhibitions on late 18th and early 19th century genre painters. Carole is currently presenting Rome/Athens, the two faces of women during the French Revolution in Grasse at the Jean-Honoré Fragonard Museum, an exhibition dedicated to the portrayal of women by artists of the late 18th century, in which each Athenian or Roman heroine embodies a certain vision of French women.
She has also published numerous works on 18th century French art, notably regarding Fragonard’s fantasy figures: Une facétie de Fragonard, Les Révélations d’un dessin retrouvé (2013).
Her monograph on Marguerite Gérard has recently been published by Editions Gourcuff in January 2019.

Perfume and Art merge into a mode of expression

Fragonard for men: what could be more natural?!
Scroll to top